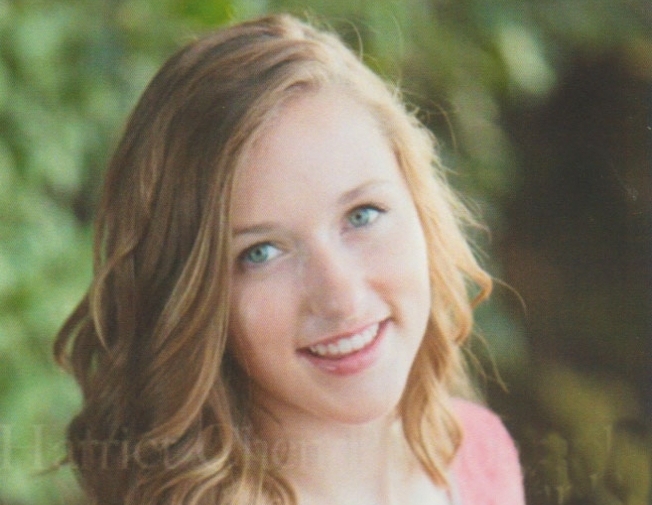 MacKenzie, the youngest of 2 children and known as “Kenzie” by family and friends, just completed her sophomore year at the University of Wisconsin-Madison where she expects to receive her Nursing degree. She will begin a 2-year program in the fall of her junior year, and hopes to begin work as an oncology nurse practitioner either in Wisconsin or Texas. During her senior year in high school, she lost her mother to breast cancer, and has decided to devote her career to helping others with cancer.

Kenzie relates that her mom spent years trying new recipes and trying to make her diet interesting and flavorful as well as low in phe. She says, “I was raised with the mindset that staying on diet was absolutely essential to my mental and physical health; I carry that mindset with me today.” At college, Kenzie has figured out how to manage her diet as efficiently as possible, pre-weighing formula powder in individual bags and memorizing the phe content of the foods she eats frequently, making it simple to track her daily phe and balancing “high”and ”low” meals. She says “I try not to buy foods with more than 1-2 gm of protein per serving so I know I’m not wasting my daily protein intake in one place.”

Kenzie says that “by maintaining a strict low protein diet, I’ve never struggles with my cognitive abilities. As I have gotten older, I have learned to love having PKU. It is part of what makes me unique and what makes me “me.” I have been blessed with so many amazing people and experiences because of PKU. I even met my best friend at a “PKU Fun Day” when we were just four years old at our PKU clinic and we have been best friends ever since. We have struggled with, laughed about, and secretly loved having PKU because it brought us together. We also attended Camp PHEver in Texas (one of the camps sponsored by Camp for All) together every summer for nine years. PKU has played such an instrumental role in my life. I would not trade my experiences for anything.”

After working for several summers at a local summer day camp for young children, Kenzie joined the staff of Camp For All, to give young campers a taste of the “sliver of the happiness I felt during my nine summers at Camp PHEver.” This is a camp for children and teens with special needs and chronic illnesses She has worked there for 2 summers “with every ability range, both physical and cognitive, imaginable” helping kids do things they never thought possible and loves the impact she has had on these children and teens, “but the truth is, they have changed my life more than they could imagine.”

Says a teacher, “Kenzie faced a number of obstacles and challenging moments already in her young life. In addition to the tragic loss of her mother, Kenzie also dealt with a number of injuries during her high school career. These moments showed Kenzie’s work ethic, passion and drive, all of which are traits that will guide her to success in every avenue of her life. She is one of the strongest—emotionally and mentally—student I have worked with in my 21 seasons as a high school coach. It would have been easy for Kenzie to walk away or distance herself from the team and her teammates, but she never did. She was never deterred by her injuries and setbacks. She has an incredible work ethic and dedication to those around her. Anyone who has worked or played alongside Kenzie knows how much she cares about the people she works with in the field, at the job, or in the classroom.”

Kenzie has been a “straight A” student throughout her high school and now two years of college. In high school she participated in many school and community activities. She was on the varsity soccer team for all 4 years of high school (including team captain her senior year), a team that was regional and sectional champions for 2 years and state champions 1 year, member of the National Honor Society for 2 years, member of numerous other clubs, and DECA (leadership training club), district finalist 2 years, DECA state finalist 1 year and DECA International competitor her senior year.