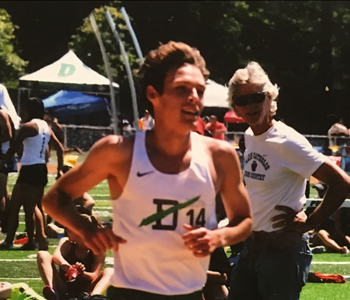 Gabriel Reuter plans to attend University of California San Diego (UCSD). Having had a high school career in track, cross country, sailing, surfing, student body, and newspaper, he is looking forward to being a member of the UCSD track team. His talent and speed earned him a partial scholarship from UCSD. Gabriel learned to appreciate the positive effects of staying on diet during high school. Soon after gaining some independence with his own meals, he began to eat foods that were higher. After a year he noticed that his grades and social life were a struggle. He committed to getting back on diet, did it, and so saw the fruits of his labor. His grades came up, his school life improved, as did his athletic performance.