June 28, 2016 is the 100th Anniversary of the birth of Dr. Robert Guthrie, inventor of the Guthrie Test, the heel-stick test for early PKU detection. Dr. Guthrie’s made an immeasurable contribution to the lives of all those touched by PKU, to the science of newborn screening, and to the advocacy for mandatory newborn screening in the United States and beyond.

On this anniversary of his birth, his daughter Patricia Guthrie has launched the Robert Guthrie Legacy Project, a celebration of his life and work that will continue to evolve.

As a founding board member of National PKU News, Dr. Guthrie influenced the organization’s early years.  Our PKU Scholarship Fund is named in his honor and that of Dr. Richard Koch, who worked together to move forward the science of PKU detection and treatment.

This is a collage of some of the “Faces of PKU” whose lives were transformed by Dr. Guthrie’s work, surrounding a copy of the original stamp he used to create the “Guthrie Card” to collect blood spots during testing. 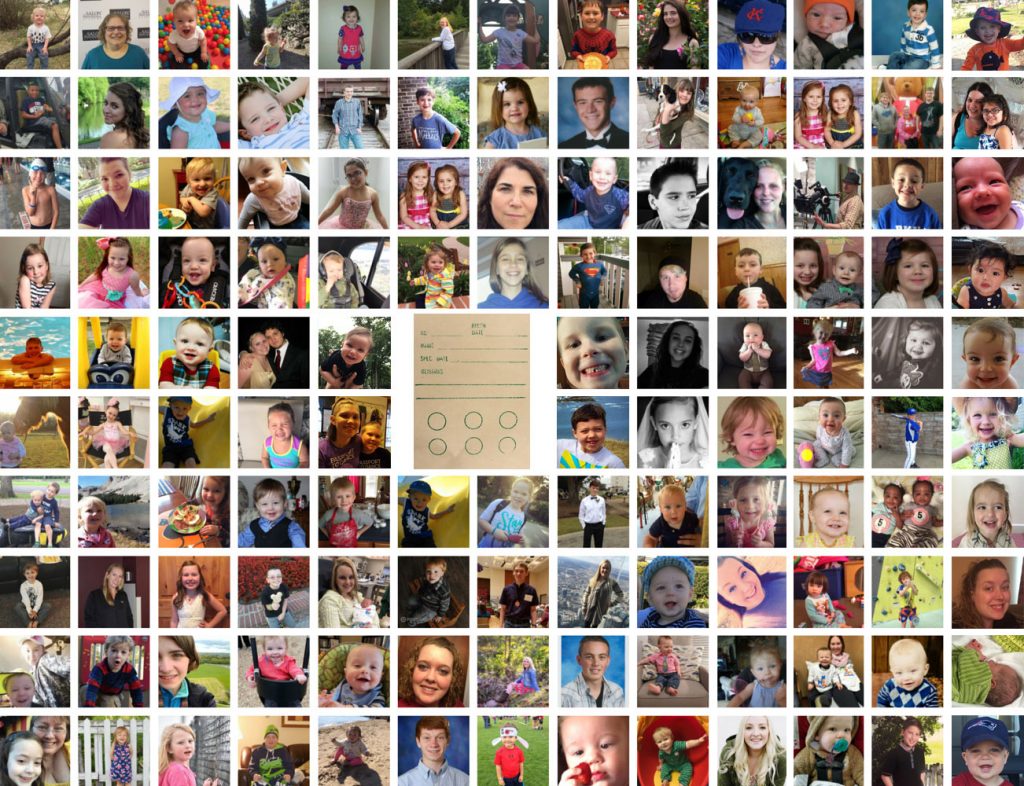 Visit the Robert Guthrie Legacy Project to learn more about the life and work of Dr. Robert Guthrie, whose development of the bacterial inhibition assay for PKU in 1960 changed the lives of millions. His work didn't stop there; the legacy site explores his advocacy for other diseases, mandatory newborn screening, and his own personal connections to genetic disease.