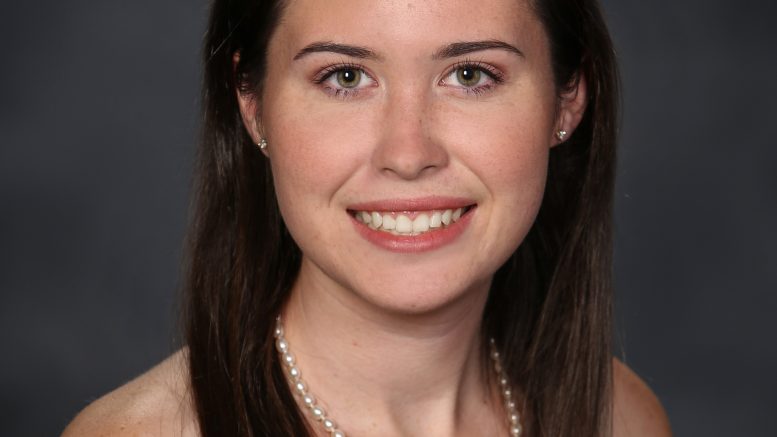 Anna, who has a younger brother with PKU, plans to become a nurse, or major in Rehabilitative Therapy or Athletic Training. As a member of her high school’s cross country team, she saw that many of her teammates were having chronic injuries, which piqued her interest in medicine, an interest fostered by her PKU and exposure to the medical field. She has seen firsthand what a difference healthcare professionals can make in people’s lives.

From a young age, Anna has loved and participated in sports. She started playing soccer at age 4 and was part of her neighborhood swim team from age 7 to 16 and the neighborhood tennis team from age 8 to 12. She played basketball from age 8 through middle school, and when she started high school she joined the cross country and track teams. She is now passionate about running, since her first cross country race in 2013, and has learned to push herself beyond what she believed she could do and continually strives to meet new goals. She earned 3 varsity letters in cross country and 3 in track during her high school years. She was Runner of the Year for cross country in 2014 and in 2015 earned the Coach’s Award for cross country. She earned 2 Academic letters for a GPA of 4.0 or higher in one academic years and a Triple Crown award her junior year for receiving 3 varsity letters in one year.

Despite her busy schedule of activities, Anna never lets up on her drive to succeed academically. Her cumulative GPA of 3.95 is the result.

Besides her academic focus, she also found ways to get involved in her high school’s activities and is a member of the Beta Club, National Honor Society, National Spanish Honors Society and the National English Honors Society. She was a member of the DECA club for 3 years.  Through these clubs she has had the opportunity to serve others in the community, including volunteer tutoring in Spanish, Math, Science, English and Social Studies. She has also served as a swim coach for her neighborhood swim team.

Anna is a model PKU patient  and maintains stellar control of her blood phe level with a very strict diet. She eats many low protein foods every day and never misses her formula 3 times daily. She drinks more formula as needed to account for her increased energy expenditure in running in order to be successful. Says Anna, “I help make the decisions on what low protein foods to order, I keep my own diet records before I do a finger stick, I do my own finger stick, and I make some of my own meals and my formula. My mother is always showing me different recipes and websites to find new things to make. I have learned to not let the questions from people about my diet bother me anymore and I do not feel like PKU defines me. It is one aspect of this very funny, caring, and smart girl. I am proud of who I am and all I have had to overcome.”

Anna’s teachers have only wonderful things to say about her: Says one, “Anna is an exceptional student and person. She has a warm and outgoing personality. She is not afraid to express her opinion or defend her ideas in class. She demonstrates a genuine desire to learn and grow as a person. Her enthusiasm and motivation are infectious to other students, who look to Anna as a leader as well as a friend.” Another writes, Anna’s well-roundedness is one of her most impressive qualities. Of all the impressive advanced placement students I teach, she is the one I nominated for ‘Super Senior’. Anna has a never-ending vivaciousness that influences the students in her classes with a desire to learn and succeed. I believe that the greatest students are those the teacher can learn from: if so, Anna is one of the best I have ever taught.”